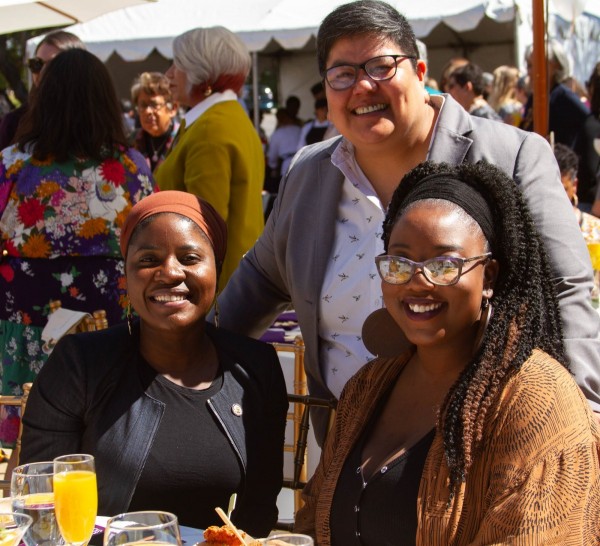 On Saturday morning, March 7, 2020, the Educational Cultural Complex (ECC) — one of southeastern San Diego’s only centers for education and arts, raised $80K during the Coretta Scott King Inaugural Benefit. The fundraiser kicked off a $40 million capital campaign to remodel the historical campus. Mayor Kevin Faulconer, Councilmember Monica Montgomery, and Council President Georgette Gómez took the stage to welcome the community.

“Today is so important for our city. To preserve this history so it is never forgotten and to make sure there is a place for future generations, a place where we continue to make history, for civil rights, and for many challenges of the day,” said Mayor Faulconer. “That is why ECC is so important. This is the largest continuing education system in the United States and it is the best one.”

Mayor Faulconer added, “To honor Coretta Scott King on this inaugural brunch, the history of the federal holiday for Dr. Martin Luther King Jr., how that happened here in San Diego and the role San Diego played is incredibly important that we share that.”

Mrs. King’s address at the Educational Cultural Complex in 1983, ultimately influenced the decision to sign the law creating the Martin Luther King, Jr. Holiday. In addition to establishing the federal observance, many other significant events have ties to the campus, including performances by human right champions, Stevie Wonder and Maya Angelou.

To further this affluent history, SDCE’s Historic Preservation Committee is working with the city of San Diego and state officials to have ECC named as a Civil Rights Landmark Designation, the first step is the renovation of ECC’s historic theatre.

Sponsorship and ticket sales from the Coretta Scott King Inaugural Benefit will contribute to Phase I of a $100K fundraising goal, which will be allocated toward Phase II of a $40 million capital campaign. The money the campaign receives will be used to remodel ECC to include an installation of MLK Parade sculptures, the expansion of cultural, political, and art exhibitions, a state of the art community theater, and a San Diego civil rights museum and archives.

For Matthews, Anderson, and other members of SDCE’s Historic Preservation Committee, the Educational Cultural Complex renovations will be a dream continued for Southeastern San Diego.

To support the rich historical and cultural legacy of ECC, donations can be made to the San Diego Continuing Education Foundation on Paypal. Contact Dr. Laurie Coskey lcoskey@sdccd.edu for sponsorship opportunities.